Showing posts from July, 2016
Show all

July 27, 2016
by Shawn Healy, PhD, Civic Learning Scholar
When we enter the voting booth on November 8 and exercise our choice at the top of the ticket, it will be framed among the leading stand-bearers, Clinton or Trump, or for those seeking none of the above, perhaps Johnson or Stein. But in so doing, we are blessing a marriage to his or her running mates.

Our Constitution made vice presidential selections for the Commander-in-Chief a consolation prize to the second-place finisher. Politics indeed made for interesting bedfellows as the President could be stuck for four years or longer with his opponent lurking a heartbeat away. The 12th Amendment forever altered this construction, acknowledging the growth of political parties with differentiated platforms, and allowing candidates to select running mates with similar stripes.

Historically, vice presidential candidates have been picked to round out the ticket, providing regional, ideological, or experiential balance.
Massachusetts Senator John …
Post a Comment
Read more

Teaching the 2016 Election: In Search of a Sorting Hat for Political Houses

July 25, 2016
by Barb Laimins, Teacher Mentor Liaison
An apt analogy for the four political parties who are holding conventions and nominating candidates this election cycle just might be found in the popular Harry Potter books.

"Try me on and I will tell you/ Where you ought to be"
– J.K. Rowling, "Harry Potter and the Sorcerer's Stone"
A magical sorting hat assigns all the students of Hogwarts to the appropriate house at the start of every school year. Once the hat is placed on the student’s head, it is able to match the student to the house that aligns with the beliefs that each student values. Slytherin and Gryffindor are the major houses of Hogwarts and garner the most attention. The two other houses of Hogwarts, Ravenclaw and Hufflepuff, beliefs and values are often overlooked.

Similarly, the Democratic and Republican nominating conventions are given full coverage in the media but two other parties, Green Party and Libertarian Party, often go unnoticed. Both…
Post a Comment
Read more

The road to the conventions has been long and arduous for the candidates as they navigated state primaries and caucuses to win the support of delegates. Candidates did not always have to campaign to obtain the necessary number of delegates to win the party nomination. Political party conventions and their role in nominating candidates has evolved over time. Some say the current primary process makes the conventions merely a ceremonial recognition of the party nominee.

The conventions do provide an opportunity for the party members to vote on their platforms which are a formal set of party goals and beliefs. The planks of the platform are…
Post a Comment
Read more

July 19, 2016
by Shawn P. Healy, PhD, Civic Learning Scholar, Robert R. McCormick Foundation
Early in each of our #CivicsIsBack regional workshops, lead teacher mentor Mary Ellen Daneels guides participants through a Question Formulation Technique (QFT) exercise on the new civics course requirement. This generates an extensive list of questions that we attempt to address over the course of the two days. While some of the material is embedded in the content of our workshops, others aren’t fully addressed and stand as important topics for future statewide professional development endeavors.

Last week in Charleston we were asked about teacher licensure and specifically what qualifications educators must have in order to the required high school civics course. According to the Illinois State Board of Education (ISBE), the state does not have a civics endorsement, so prospective social studies teachers should seek a political science endorsement instead.

Making Sure that Everyone has a Voice 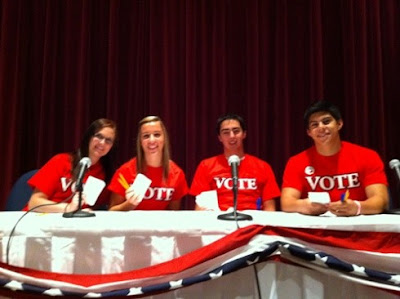 by MaryEllen Daneels, Lead Teacher Mentor, and Barb Laimins, Mentor Liaison
National Voter Registration Day will be held on September 27th. A network of volunteers, schools and community organizations throughout the nation will be providing voter registration opportunities to celebrate a basic right of our democracy. With election day, November 7th, right around the corner it is a good time to for students, their families and communities to get ready.

Participation in National Voter Registration Day can easily become a significant civic service learning opportunity for students as they generate questions, gather and evaluate data, communicate conclusions and take informed action. What is the age group with the lowest voter turnout? Who votes the most? Why don’t people register to vote? What contributes to voter apathy? These and other questions allow students to research patterns, draw conclusions on how best to take action and concentrate voter registration efforts. Parent Ope…
Post a Comment
Read more

Institutional Partners are the Pillars of Statewide Campaign

Through our decade-long involvement with the Democracy Schools Initiative, we have made deep inroads in Chicago, its surrounding suburbs, the Metro East region across the Mississippi from St. Louis, and Southern Illinois. Central Illinois is thus virgin territory for the state’s civic learning community, and we’re eager to plant seeds here and let them take root over the next several years.

We’re grateful to have wonderful partners at each of the institutions listed above, beginning with Barry Witten, a curriculum and instruction professor at Western Illinois. Barry has rolled out the red carpet for us in Macomb and recruited an impressive cohort of 32 teachers for our two-day workshop be…
Post a Comment
Read more

Mikva Proved that Nobodies Are Somebodies 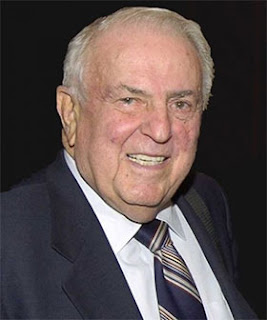 by Shawn P. Healy, PhD, Civic Learning Scholar, Robert R. McCormick Foundation
The civic learning community in Illinois mourns the passing of Abner Mikva (1926-2016), a devoted public servant who co-founded the Mikva Challenge with his wife Zoe. The organization capped a half century career that touched state and national government, and all three branches of the latter. It’s work engaging young people in the political processes, both elections and public policy, allowed Ab to pass the baton to the next generation, and what a legacy he leaves.


The McCormick Foundation has proudly supported the work of the Mikva Challenge for the past 13 years. The organization played a key role in the expansion of civic learning both in Chicago and throughout Illinois, including the current #CivicsIsBack Campaign.


Whether it’s engaging students in campaigns on both sides of the aisle, training them to serve as election judges, or elevating youth voice through citywide and school based youth counci…
Post a Comment
Read more

Teaching the Principles of Patriotism

by Shawn P. Healy, PhD, Civic Learning Scholar, Robert R. McCormick Foundation
As the #CivicsIsBack summer tour crisscrosses the state, we have begun each workshop with a segment on the new civics course requirement and emerging state social studies standards. Both complement existing segments of the Illinois School Code, including instruction of the Declaration of Independence, the U.S. and Illinois Constitution, methods of voting, including the Australian Ballot, the proper display use of the American Flag, and the mandatory daily recitation of the Pledge of Allegiance.

As I write on the 240th birthday of this great nation, I remember being challenged as a high school teacher to meet this mandate, but at the same time not contribute to an empty transfer of patriotism from one generation to the next. This summer, several workshop participants have pointed to the same dilemma, asking for example, how to teach the Flag Code in an authentic way?