Showing posts from April, 2017
Show all

Guest Blog: What Should We Expect From Public Education? 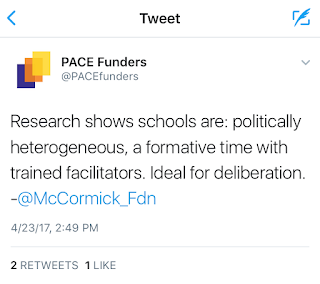 by Shawn Healy, PhD, Democracy Program Director
I was invited to take part in a panel discussion yesterday at the Council on Foundations preconference titled “Philanthropy’s Role in Strengthening America’s Democracy.” Hosted in Dallas, it featured a bi-partisan conversation led by the George W. Bush Institute and PACE (Philanthropy for Active Civic Engagement), the latter of which the McCormick Foundation is a member.


I was specifically asked to weigh in on the question that reads as follows: “A dominant narrative right now is that we are a divided country—do you find this to be true in your work and in the communities you support? How do you see the work you focus on bridging divides, whether they be red/blue, urban/rural, or other divides?”

Guest Blog: Space to be Heard 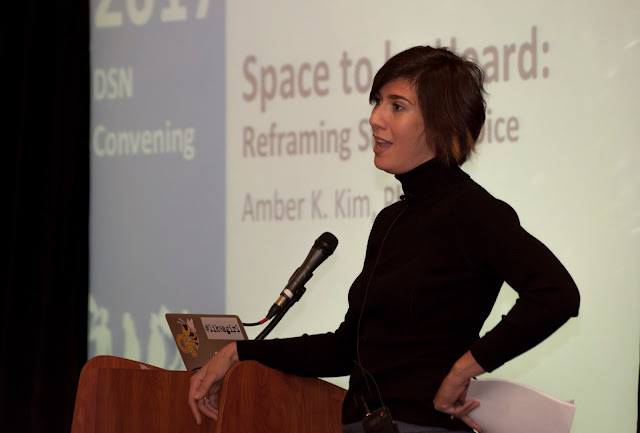 by Brad Hubbard, Ed.D, Principal, Antioch Community High School
Foreword by Sonia Mathew, Civic Learning Manager, Robert R. McCormick Foundation Over 200 attendees participated in the Democracy Schools Network Convening which took place last month on March 9-10 with the theme “Students as Agents of Change”. This year, we recognized and celebrated 13 new Democracy Schools that joined the network. The Network now encompasses 54 high schools with representation in Chicago, its surrounding suburbs, the Metro East region outside of St. Louis, and both Central and Southern Illinois. Dr. Amber Kim from the University of Colorado gave a keynote address which emphasized the importance of breaking down barriers that limit student voice in schools. Special thanks to Brad Hubbard, Principal of Antioch Community High School (2015 Democracy School), in Antioch, Illinois for sharing his powerful reflection on Dr.Kim’s keynote address.

Guest Blog: Democracy is a Verb 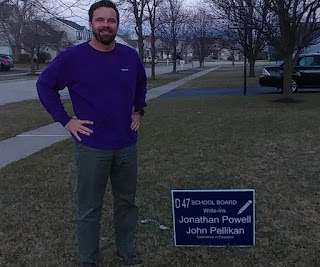 by John Pellikan, McHenry County Teacher Mentor
“Democracy is a verb”. I must have said that phrase over 100 times in the past couple of years. Each time I said it, I was usually engaged in some type of endeavor to mobilize others to take action. I told myself that my action was to get others to take action. Not necessarily an unimportant role, but, in many ways, I ultimately felt like a hypocrite. What was I really taking action to do? Holding an elected office was something I never really thought I would ever do. After all, who am I to be elected? Did I really want to go through the process of begging people for support?


When I found out that our local elementary school district (Dist. #47) had 2 open positions, I realized that this was my opportunity. Hence, I followed the lead of my friend and colleague Curt Wadlington (who actually ran for the same board 2 years ago) and joined with another friend and colleague Jonathan Powell to become certified write-in candidates.…
Post a Comment
Read more

Practicing What We Preach 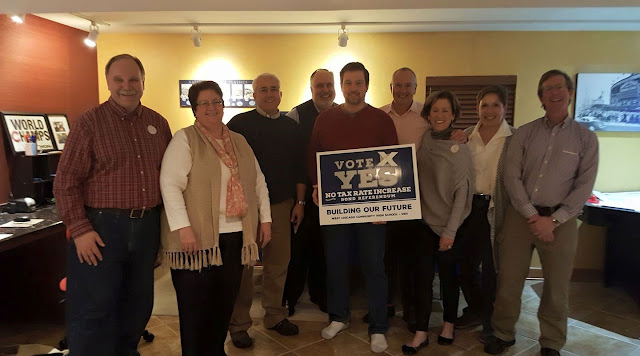 by Barb Laimins, Teacher Mentor Liaison
Several weeks ago, I was asked to be part of a steering committee that would work for the passage of a referendum that would renovate, replace aging infrastructure in my local high school. My initial thought was I don’t have time for that but then a little voice in my head spoke up. You should practice what you preach so I joined the committee.

Armed with my Fitbit, pamphlets and signs, I hit the streets of my local community. Knocking on doors with the belief, who could possibly be against children, education and good schools? I posted incessantly on social media while monitoring my phone, like a teenager, waiting for the outpouring of support. I cajoled my neighbors, approached strangers as they shopped wearing my Yes sticker and ventured beyond my bubble of friends who were liked minded.


There were surprises along the way. Some were fearful to put a sign in their yard because they didn’t want to sufferer repercussions from neighbor…
Post a Comment
Read more 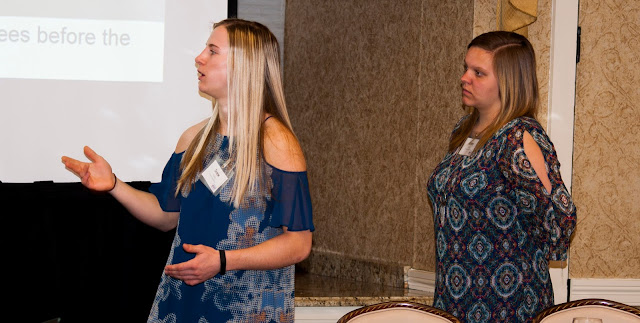 
The Shawnee project on “Saving the Levees” has been in place for about 7 years and draws attention to the failing levees in the area. It has become a centerpiece of service leaning and student voice to the extent that the middle school students look forward to continuing the work. The Carmel Catholic p…
Post a Comment
Read more

Repeal, Replace, and Retreat? The Death and Life of the Affordable Care Act 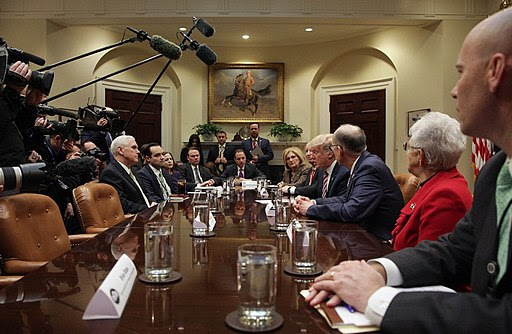 by Shawn Healy, PhD, Democracy Program Director
A mere 65 days into his presidency, Donald Trump was forced to retreat from one of the few singular promises of his campaign: to repeal and replace the Affordable Care Act (ACA). The anatomy of this capitulation is worthy of further exploration in a civics classroom and is framed here in the paragraphs at follow.

Seven years ago, President Barack Obama signed the ACA, arguably his singular legislative achievement. Twenty million Americans have since gained coverage through the combination of expanded eligibility for Medicaid and private health care exchanges with subsidized premiums based on one’s ability to pay them. In exchange for a requirement to purchase health insurance, Americans benefited from guaranteed access regardless of pre-existing conditions and the ability for young adults to remain on their parents’ plan until the age of 26.

The roll out of the ACA left much to be desired and it proved unpopular at the polls, with Dem…
Post a Comment
Read more
More posts