Showing posts from February, 2017
Show all

Leaning into a Contentious and Deeply Personal Immigration Debate 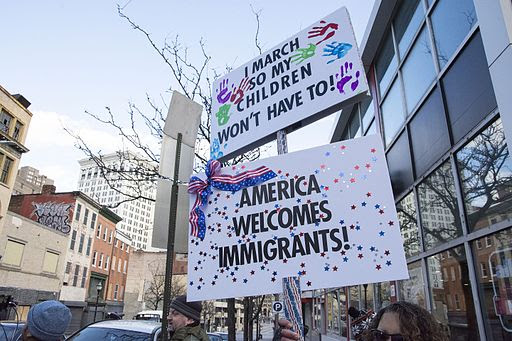 by Shawn Healy, PhD, Civic Learning Scholar Immigration was central to Donald Trump’s presidential campaign from the first day he announced his candidacy in June 2015. His harsh rhetoric directed towards undocumented immigrants and refugees from war-torn countries motivated his base and contributed to his improbable victory. Trump’s early executive actions as President are popular with his core supporters as he delivers on campaign promises. However, these actions horrify his opponents and threaten the very existence of many Americans, including Illinois residents and students in our classrooms. Stories abound of families living in fear, refusing to send their children to school , and once vibrant communities increasingly shuttered . Young children in Chicago and elsewhere are living in legal limbo , and even the Southern Illinois community of West Frankfort is torn over the recent arrest of a popular restaurant owner on immigration charges . As civics teachers, we are compel
Post a Comment
Read more 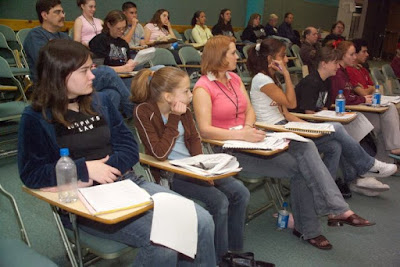 by Shawn Healy, PhD, Civic Learning Scholar We’ve made the case previously for actively engaging students in the public policy process . However, in reviewing a manuscript this week proposing to create a curriculum to facilitate this for both high school and college students, Lead Teacher Mentor Mary Ellen Daneels and I were struck by a statement that read, “Political involvement or action must never be required as part of an academic course.” Is the author correct in making this pedagogical assertion? The answer is complicated and we invite your own views. Advocacy is one form of service-learning (direct and indirect service are the others), a practice required by the new Illinois civics course requirement and complimentary to emerging state social studies standards that ask students to communicate conclusions and take informed action across grades and disciplines. The standards, and best practice more generally, invite students to develop their own questions and inqui
Post a Comment
Read more 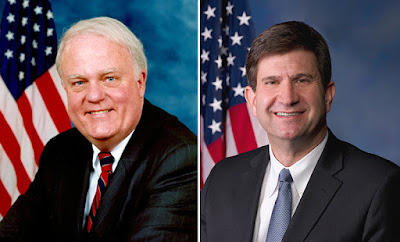 by Shawn Healy, PhD, Civic Learning Scholar Congressional scholar Richard Fenno wrote eloquently about the “home style” of the “people’s representatives,” deeming their local footprint critical to earning the enduring trust of constituents and a lengthy tenure in the Capitol. This traditional notion has been tested in recent years with the advent of highly polarized politics and a prevailing anti-government fervor. We need look no further than congressional town hall meetings, historically intimate settings where voters and their elected representatives can connect on an intimate basis, discussing common concerns and the issues of the day. Lately, they have unraveled into angry shouting matches, where attendees feel that their voices are left unheard in the current political environment, and elected officials fear an ambush and national headlines in the aftermath. Some, like suburban Chicago Congressman Peter Roskam, have gone so far as to avoid them altogether, limiting pers
Post a Comment
Read more 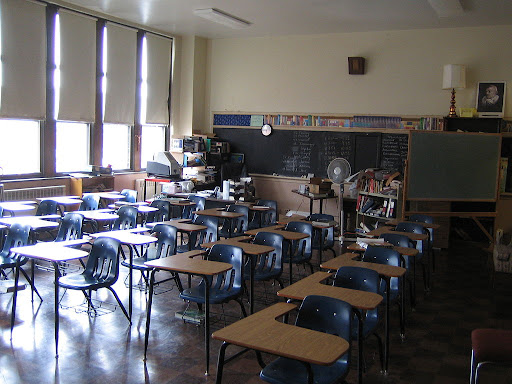 by Shawn Healy, PhD, Civic Learning Scholar Current and controversial issues discussions are embedded in Illinois’ new civics course requirement and among the proven civic learning practices that help facilitate students’ civic development. Last summer, we raised the issue of whether teachers should disclose their personal views when facilitating these discussions and pointed to research that suggests both disclosure and nondisclosure can work so long as a safe classroom environment is maintained. The most recent presidential election and its frantic aftermath have further tested this formula , and it’s fair to say that as educators we’re still adjusting to the “new normal.” Last weekend, I had the honor of attending the American Political Science Association’s annual Teaching and Learning Conference in Long Beach . While there, I attended a workshop led by Nancy Thomas of Tufts University where she explored the “neutrality challenge,” placing forth four different teaching ap
Post a Comment
Read more

by Shawn Healy, PhD, Civic Learning Scholar Yesterday, the Illinois Civics team , in partnership with members of the Illinois Social Science Standards Task Force (see p.3), presented a daylong workshop for K-12 teachers at the West Cook Regional Service Center on emerging state standards . It was remarkably well attended. In fact, we were oversubscribed and stretched into three different rooms. A subsequent workshop was scheduled there for next month and is already at capacity. We take this as a sign that there is significant demand in the field for additional support with standards implementation that transcend the new course requirement , and our team is strategizing with the Illinois State Board of Education on a collaboration that spans the state and K-12 spectrum. Stay tuned for additional details in the weeks and months ahead. My workshop assignment was to provide context for the standards’ development, and I began by making the case for civic learning , which lies a
Post a Comment
Read more

Should States Make the U.S. Citizenship Test a Graduation Requirement? 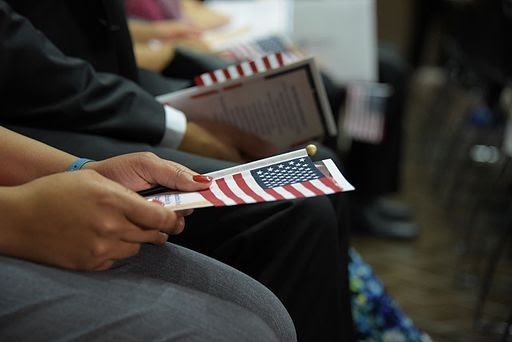 by Shawn Healy, PhD, Civic Learning Scholar This was the question posed to me by Congressional Quarterly last fall in a call to draft an opinion-editorial in opposition to emerging state policies transforming the U.S. citizenship test into a high-stakes graduation requirement (check out their larger, in-depth report on civic education ). The Joe Foss Institute has been successful in pushing policies of this ilk in 15 states and counting with a 50-state strategy in the works ( click here to read the case for requiring the citizenship test). As I argue in my piece excerpted below, the marginalization of civic learning is certainly cause for national concern, but this solution is overly simplistic and may further undermine students’ civic development. The Joe Foss Institute of Arizona has rightly focused its attention on the marginalization of civic learning in K-12 education throughout the United States. However, its solution — requiring high school students to pass the U
1 comment
Read more

Teacher Mentors at Center of Course Implementation Efforts Throughout Illinois

by Shawn Healy, PhD, Civic Learning Scholar Central to our civics course implementation efforts is the Illinois Civics Teacher Mentor program . Last spring, teacher mentors were recruited for each region (one per Regional Office of Education; 38 in total including Cook County’s three regional service centers) and assigned to support teachers, schools, and districts in their area. They are tasked with co-facilitating our summer professional development workshops, providing fall and spring in-service sessions, and consulting with colleagues in their respective regions on a regular basis. Last weekend, mentors representing 25 regions convened in Champaign for a mid-year reflection on successes and challenges to date. This feedback will inform the second year of our offerings and the future of the mentoring program itself. Across the board, our mentors are a passionate and committed cohort of educators with strong organizational skills and decades of innovative teaching experie
Post a Comment
Read more
More posts