Political Expression is Our Tool for Survival


Not to minimize the severity of the COVID-19 global pandemic, but in this moment, it feels like a distraction from the ever-looming nightmare that many would call the “American Dream.” During a time where I thought for once there was a large consensus across America, I allowed myself to fall into a false reality that I was a part of a world that put the lives of its people above anything else, but then the other shoe dropped. Even in isolation due to stay-at-home orders, I felt connected to people because we were all going through the same struggles. But as I watched the killings of George Floyd and Ahmaud Arbery and talked with college friends from my once home in Louisville, Kentucky about the death of Breonna Taylor, I began to feel even more isolated as it felt like the walls of this false reality began to close in with each of these deaths to the point where I started to feel like I couldn’t breathe.

Social distancing and other health precautions that had taken the number one spot in all of our lives were instantly put on the back burner as the Black community and its allies were quickly reminded that this other pandemic has always plagued America. Racism, in the form of police brutality, hadn’t stopped or slowed down just because the world is in a state of crisis.

The reality I just shared is not unique to me. In fact, many Black students walk into their classrooms trying to grapple with this reality. I’ve had the opportunity to work with the Democracy Schools Initiative as a Research intern for the past five months and through this work I have seen how they work to increase the Lived Civics experience of their students. Lived Civics is an educational framework that centers around a student’s racial identity. A unique aspect of this framework is that it pulls from students’ lived experiences and creates a space where student expertise is used to address issues in their community and the broader society. Utilizing a Lived Civics approach in this moment would create the space for Black students and their peers of different races to share their lived experiences on what is going on in America right now, so they can learn from each other.

In my analysis of the student survey data from this year’s Democracy Schools Recognition process, I’ve been particularly interested in the “Lived Civics” connections to student political action and expression, especially as we see all the political action occurring in this moment.

The graph below shows the number of students that worked with a group to try to change a policy or law in their community, state, or nation. Students of color were more likely to respond affirmatively as compared to their White peers, with Black students having the highest positive response. 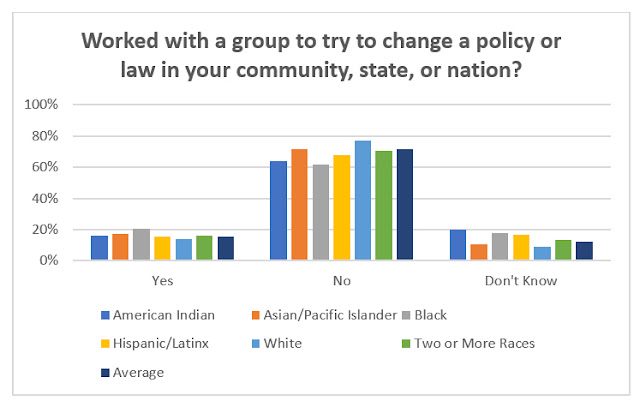 Students also responded to whether they have taken part in a protest, march, demonstration, walk out or sit in. Asian/Pacific Islander and Black students were more likely to report that they have participated in this type of political expression. 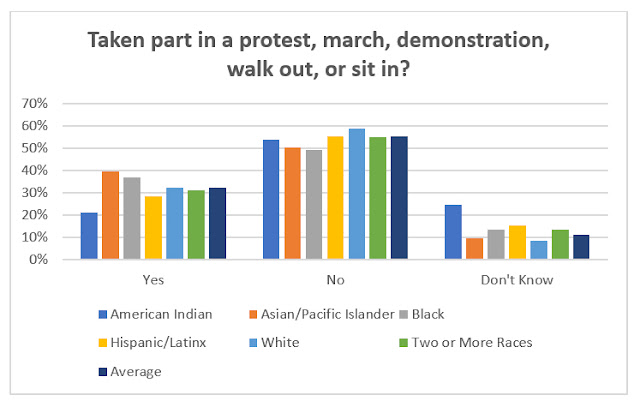 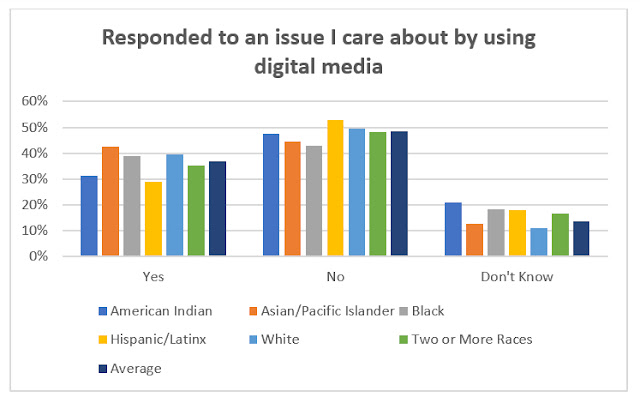 To me this data suggests two things:
As schools explore this data further, they can reflect on the following:
For students of color, political action isn’t a choice, but a tool for survival. Knowing that our students are not only taking part in social justice movements, but in many cases leading the charge, it is the responsibility of teachers to prepare themselves for understanding the gravity of their students’ realities. Classrooms must become a space for Lived Civics because this type of education could alter our students’ reality. 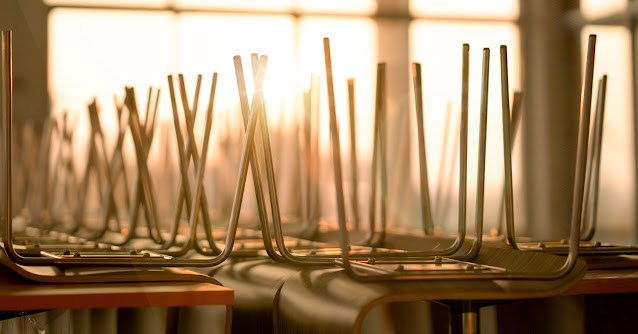 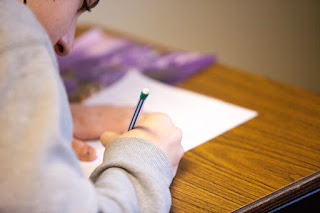