Showing posts from August, 2017
Show all

Teaching with Controversy: From Charlottesville to Chicago

August 30, 2017
by Shawn P. Healy, PhD, Democracy Program Director Mary Ellen and I have posted twice on teaching the events of Charlottesville earlier this month and its aftermath. This piece attempts to localize several of the issues that surfaced there and throughout the country as we collectively make sense of both the past and present in our civics classrooms this fall. The Illinois high school civics course requirement embeds discussion of current and controversial issues , a pedagogy we have also written about at great length . My initial post on the subject emphasized the importance of issue select when bringing controversy into the classroom. Issues include “…meaningful and timely questions about public problems that deserve both students’ and the public’s attention.” Charlottesville clearly meets this test, and the issues emanating from these events have local dimensions. Alt-right demonstrators in full Nazi regalia parallel local threats to exact the same terror in local communi
Post a Comment
Read more 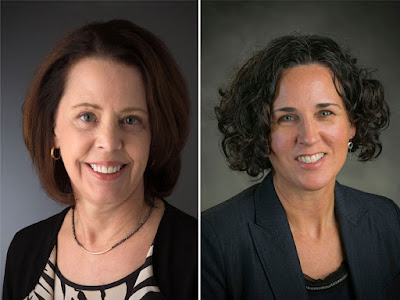 by Mary Ellen Daneels, Lead Teacher Mentor In last week’s blog entry , Dr. Shawn Healy stressed “the importance of preparing young people for democracy in a racially and ethnically heterogeneous republic.” This task can be daunting for the classroom teacher at the start of the school year but current events demand that classroom teachers respond so that we can empower our youngest citizens to be, in the words of Healy, “upstanders for fellow citizens and residents of this country.” The new IL Civics requirement & Social Studies standards compel students to engage in current and controversial issue discussions in which they communicate their conclusions concerning essential questions using multiple sources. It is important for teachers to create a safe environment for such deliberations that establish clear norms of interaction that promote active listening, understanding and respect. One key to productive discourse is to provide depth. In an interview with NPR cited
Post a Comment
Read more 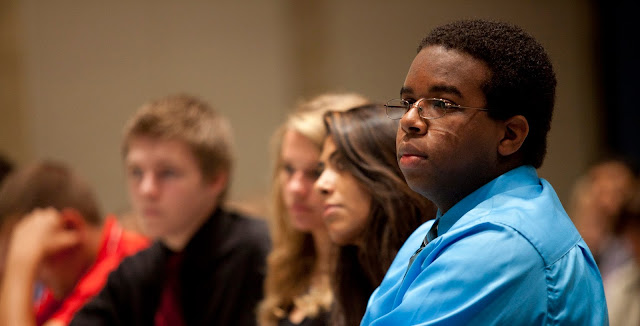 by Shawn P. Healy, PhD, Democracy Program Director If anyone ever questioned the value of civics and the importance of preparing young people for democracy in a racially and ethnically heterogeneous republic, these detractors learned a harsh lesson last weekend in our perpetual quest to build a more perfect union. Saturday’s tragic and deeply unsettling events in Charlottesville should challenge our collective conscience and force us to reflect on our failure to educate the (mostly) young men that invoked historic symbols of hatred to terrorize those confronting their deeply offensive rhetoric and actions through constitutionally-protected channels. Civic education has many benefits, but at its core is a goal to develop the capacity, connections, and commitments necessary for informed, effective, and lifelong engagement in our democracy. This includes the obvious norms of voting, volunteering, contacting public officials, and paying attention to the news, but also a shared sens
Post a Comment
Read more 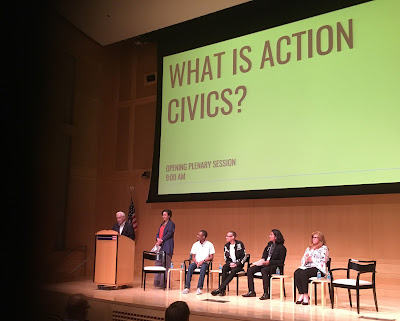 by Shawn P. Healy, PhD, Democracy Program Director As a young boy, I developed an early interest in politics, thanks in part to the influence of my parents and grandparents. I recall my father bringing me along to the voting booth, my paternal grandmother taking two newspapers each day and faithfully watching gavel-to-gavel coverage of the party conventions, and my maternal grandmother meeting with her alderman at the kitchen table. Now, with two kids of my own, I’ve tried my very best to pass the torch, modeling these same behaviors and demonstrating my daily commitment to strengthening democracy in Illinois through my work at the McCormick Foundation, teaching at the University of Illinois at Chicago, and service on a number of nonprofit boards. Last week, as part of the 2017 Summer Convening of the Action Civics Initiative in Philadelphia , I was asked to participate in a Facebook Live session sponsored by Pearson to discuss how parents can support the diffusion of actio
Post a Comment
Read more

A Reflection on the NAMLE Conference

by Jay Mehta, English Teacher, Wheaton North High School The power of a conference lies in the hands of an educator. Sharing information and connecting with professionals from around the world is an opportunity the NAMLE (National Association for Media Literacy Education) Conference 2017 in Chicago provided everyone who attended the 3-day conference. As an English teacher and as guest of the Robert R. McCormick Foundation, I was fortunate enough to attend all 3 days of the conference. I found educators in all realms of the professional world and collaborated with them on various ideas and projects. At first, I did not know such a plentiful variety of educators would attend the conference, but once presentations began I quickly filled up my notebook with copious amounts of ideas I could use in the classroom. Each presentation centered around research and practical methods of energizing students to take an active voice in their society. No matter your opinion, use your voice in medi
Post a Comment
Read more
More posts