Showing posts from March, 2019
Show all

Middle school civics is on the legislative docket in Springfield, with strong support for House Bill (HB) 2265 to require a semester of civics in grades 6, 7, or 8. It passed the House Education Committee on School Curriculum and Policies yesterday and advances to the House floor with an April 12th deadline. Proponents filed 755 witness slips, with only 31 opposed. Among the organizational proponents are the Barat Education Foundation, CHANGE Illinois, Chicago Teachers Union, Citizen Advocacy Center, Forefront, League of Women Voters of Illinois, Metropolitan Planning Council, and Teach Plus Illinois.

There is opposition to the legislation, and what follows are responses to legitimate questions posed by those leaning “no.” 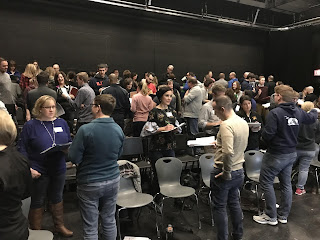 by Mary Ellen Daneels, Lead Teacher Mentor
I recently had the privilege to present “Inquiry in the Middle Grades” at the DuPage County Social Studies Conference at Metea Valley High School, an Illinois Democracy School. In the session, participants explored the essential question, “Has suffrage expanded far enough?” to demonstrate the instructional shifts in the Illinois Social Science standards and the proven practices of civic education embedded in HB 2265 which requires students to engage in current and societal issue discussions within a semester of civics in the middle grades.


To start the inquiry, we began with the staging question, “What restrictions on voting would you support?” Age, citizenship, registration were the most popular categories. There was less agreement on distinctions based on criminal status, education and wealth (see image below).


While all can agree age is an appropriate category to use to limit the franchise, there is less consensus on what age that shoul…
Post a Comment
Read more 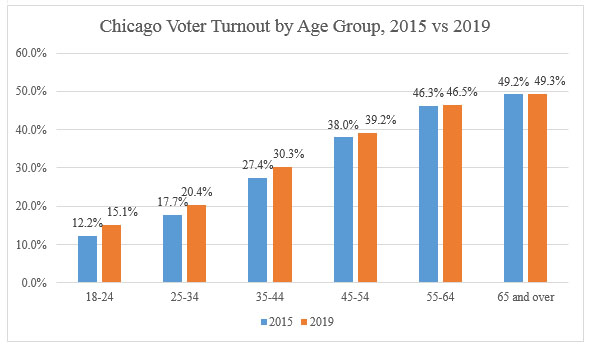 by Shawn P. Healy, PhD, Democracy Program Director
Much has been made about the lackluster turnout in Chicago’s municipal elections last week, particularly among younger voters. Personally, I have found coverage of turnout incomplete, and analysis of the underlying reasons for poor participation wanting. What follows is an attempt to at least partly rectify these concerns, drawing from data provided by the Chicago Board of Elections and a conversation with their spokesman, Jim Allen.

Let’s begin with the understanding that voter turnout tends to decline the more local the election, from presidential, to congressional midterms that include the governor in most states, to muncipal elections. The latter are often held off cycle, purposely so, to protect local officeholders from national waves like those enjoyed by Republicans in 2010 and 2014, and Democrats in 2006 and 2018.

In Chicago, this means primary elections are held in the dead of winter following hotly-contested statewide el…
Post a Comment
Read more

The Buzz About the Budget 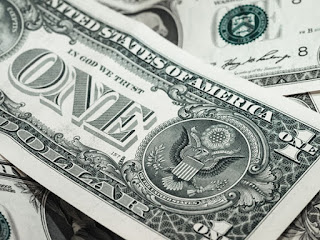 by Mary Ellen Daneels, Lead Teacher Mentor
Recently, Governor J.B. Pritzker gave his first budget address to the Illinois General Assembly in a time of dire financial strain for the state. The address included a plan for more than one billion dollars in new revenue through taxation. Pritzker's address came on the heels a federal shutdown and last minute spending bill averting a second shutdown.

The buzz about both the state and federal budget provides #CivicsIsBack classrooms with a wealth of current and controversial issue discussion topics related to poverty, wealth, power, the role of government, corporate responsibility, resource allocation, and the market.

To engage students in inquiry related to the budget, here are some resources to start with:
In the article, Gov. Pritzker wants more than $1 billion in new revenue. Here's how that might affect you, the Chicago Tribune staff explores the possible impact of the Governor’s plan.Here is an editorial that appeared in th…
Post a Comment
Read more
More posts